Tanabata, also known as the “star festival”, takes place on the 7th day of the 7th month of the year, when, according to a Chinese legend, the two stars Altair and Vega, which are usually separated from each other by the milky way, are able to meet.

Because the 7th month of the year roughly coincides with August rather than July according to the formerly used lunar calendar, Tanabata is still celebrated on August 7th in some regions of Japan, while it is celebrated on July 7th in other regions.

One popular Tanabata custom is to write one’s wishes on a piece of paper, and hang that piece of paper on a specially erected bamboo tree, in the hope that the wishes become true.

Colorful Tanabata festivals are held across Japan in early July and August. Among the biggest and most famous ones are the Tanabata Festivals of Sendai in August and Hiratsuka near Tokyo in July.

There’s something about the summer heat, endless sunshine and long holidays thatmakes summer a season everyone looks forward to. In Japan, summer is also a seasonfor festivities, bringing together people of all ages from across the nation.

On July 7th, Japan celebrates the iconic Tanabata. This festival is one of five festivals which customarily signal the changing of the seasons in Japan. Also known as the Star Festival, Tanabata has its origins in a Chinese festival and concerns the romantic legend between two (literally) star-crossed lovers, Princess Orihime the Weaver and Hikoboshi the Cowherd. The pair are represented by the stars Vega and Altair, separated by the Milky Way galaxy, and can only meet on this day once a year when a flock of sympathetic magpies form a bridge for them across the river of heaven.

The Tanabata is celebrated by writing wishes onto strips of paper and hanging them along with colorful decorations, on leafy stalks of bamboo. Additionally, each region boasts its own unique Tanabata customs, which means festivities will vary from region to region. We invite you to try your luck at eight colorful Tanabata events across Japan to highlight a memorable summer! 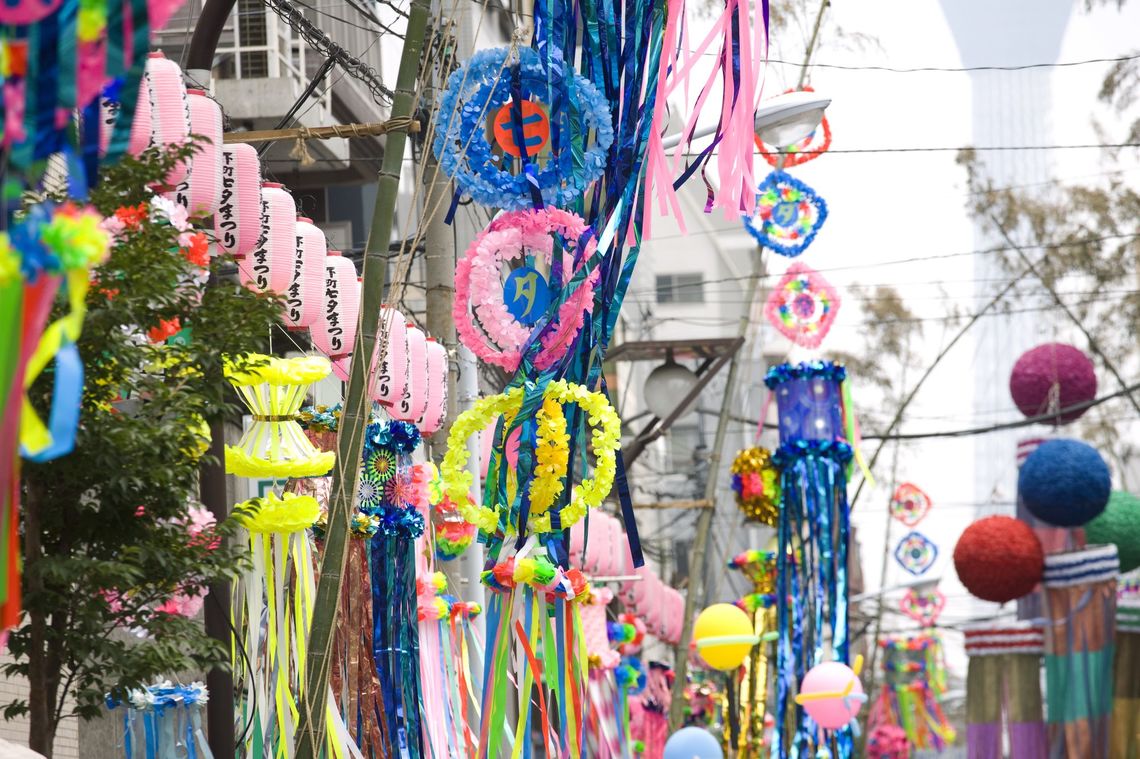 A 1.2 km stretch of the famous Kappabashi Street is decorated like the Milky Way, filled with large and small Tanabata decorations and all aglow with paper lanterns. Local stores and traditional craft shops line the street with stalls where festival-goers meander to and fro while observing parades and performances roll by. The Tanabata Festival is the biggest occasion of the year in this community.

Where Asakusa and Ueno, Tokyo
When: Wednesday, July 6 – Monday, July 11 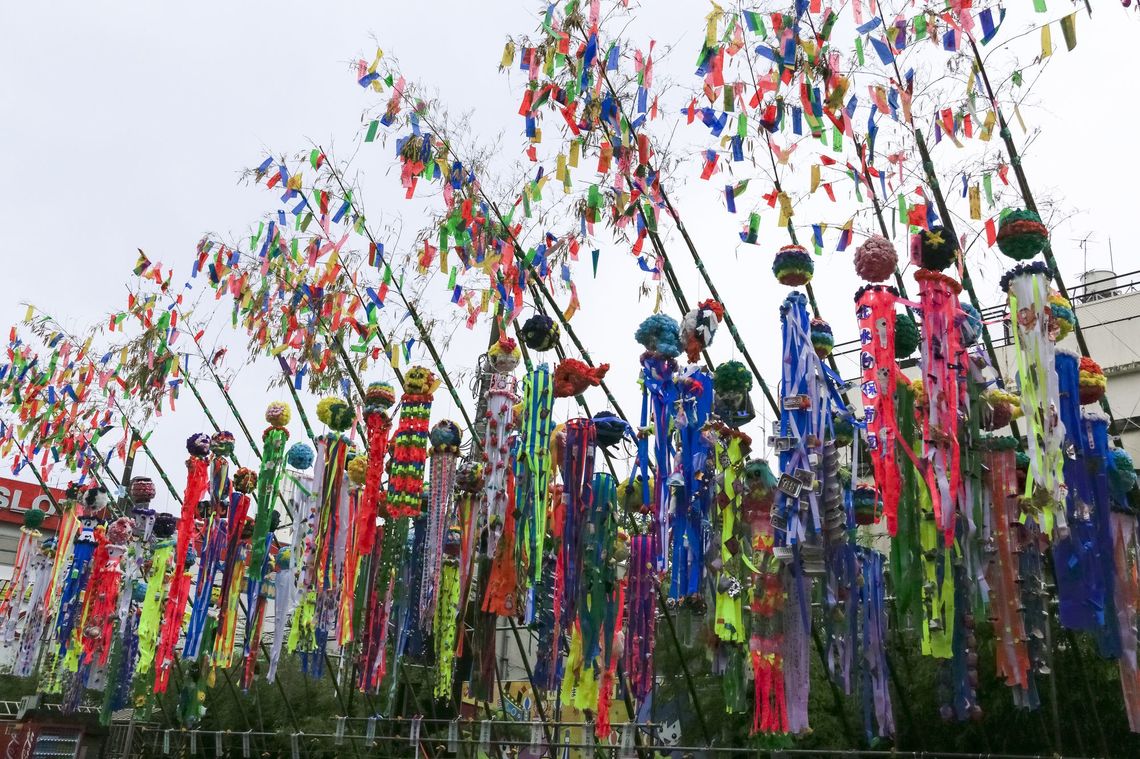 The appeal of Hiratsuka’s Tanabata festival, now celebrating its 66th year, lies in its extravagant decorations. Visitors can enjoy large scale decorations standing over 10 meters tall, appearances by trending celebrities, and a wide variety of animal and character-themed Tanabata decorations. Festivalgoers will never find themselves bored thanks to the entertaining events and parades also held during this time. 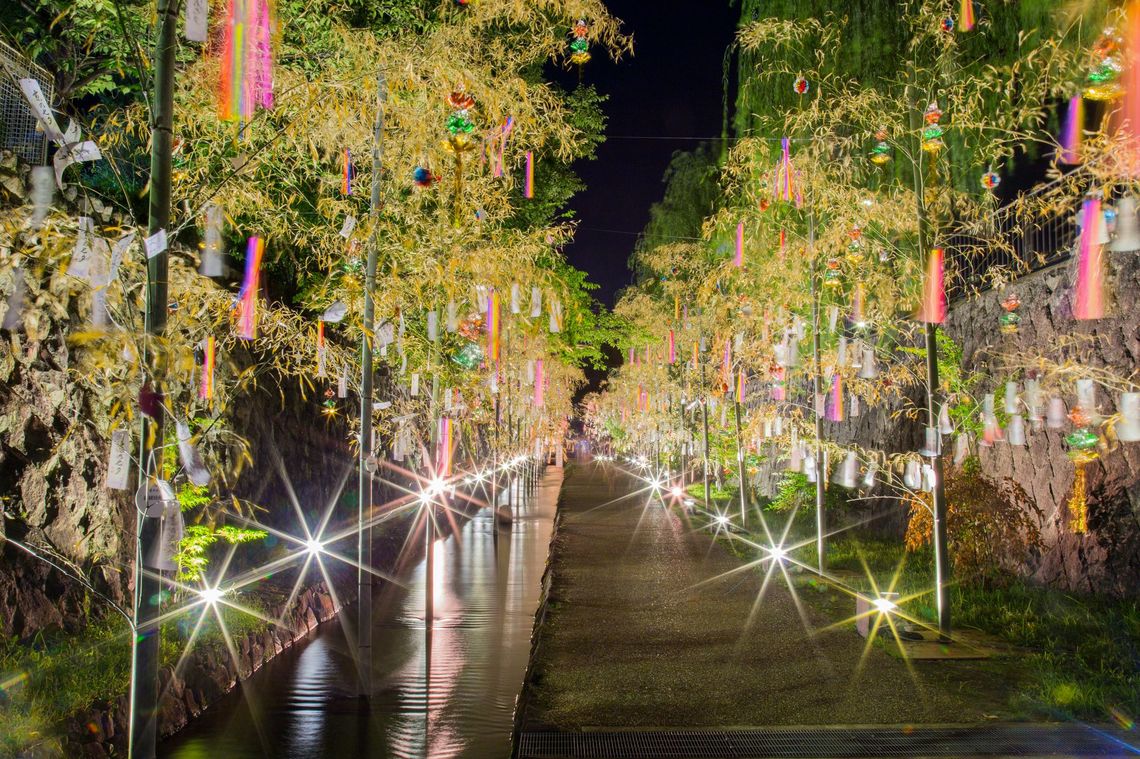 The Ogawamachi Tanabata Festival has been going strong for 68 years. The highlight of this event is the colorful Tanabata decorations made with Japanese washi paper produced by the local craftsmen. A wide variety of events are spread out over an 2 days, with the first day culminating in a lively fireworks show.

This year marks the 61st celebration of the Ichinomiya Tanabata Festival, which attracts approximately 1.3 million visitors every year. The textile industry at the heart of this locale is said to have flourished thanks to the divine protection of the “God of Textiles,” which may have a connection with the weaving princess herself, Orihime. Thusly, for 4 days finishing on the last Sunday of July, the entire city also celebrates Tanabata as the “Textile Appreciation Festival.”

Where: Ichinomiya, Aichi Prefecture
When: Thursday, July 29 to Sunday, July 31 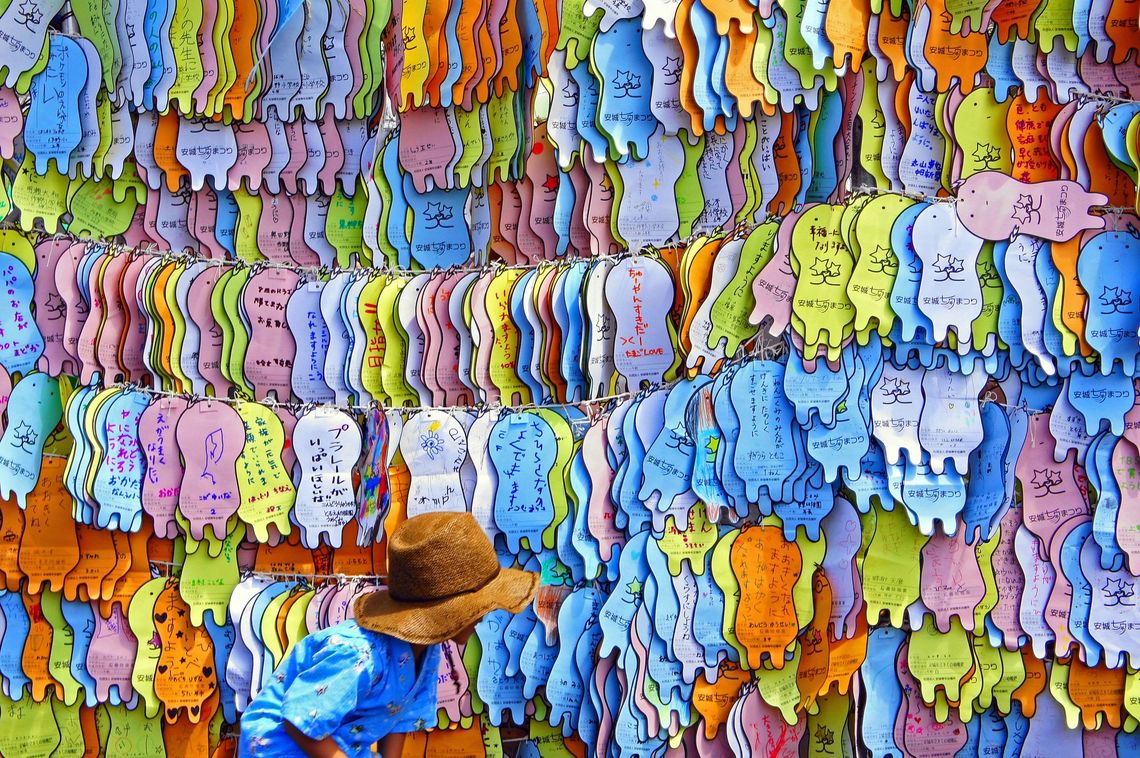 This year’s Anjo Tanabata Festival, the 63rd, will welcome over 1 million people over 3 days. The streets, covered in bamboo decorations built by local residents, are sure to dazzle. The theme for this year’s events is “harmony,” with the goal of encouraging open exchange between locals and tourists.

Where: Anjo, Aichi Prefecture
When: Friday, August 5 to Thursday, August 7 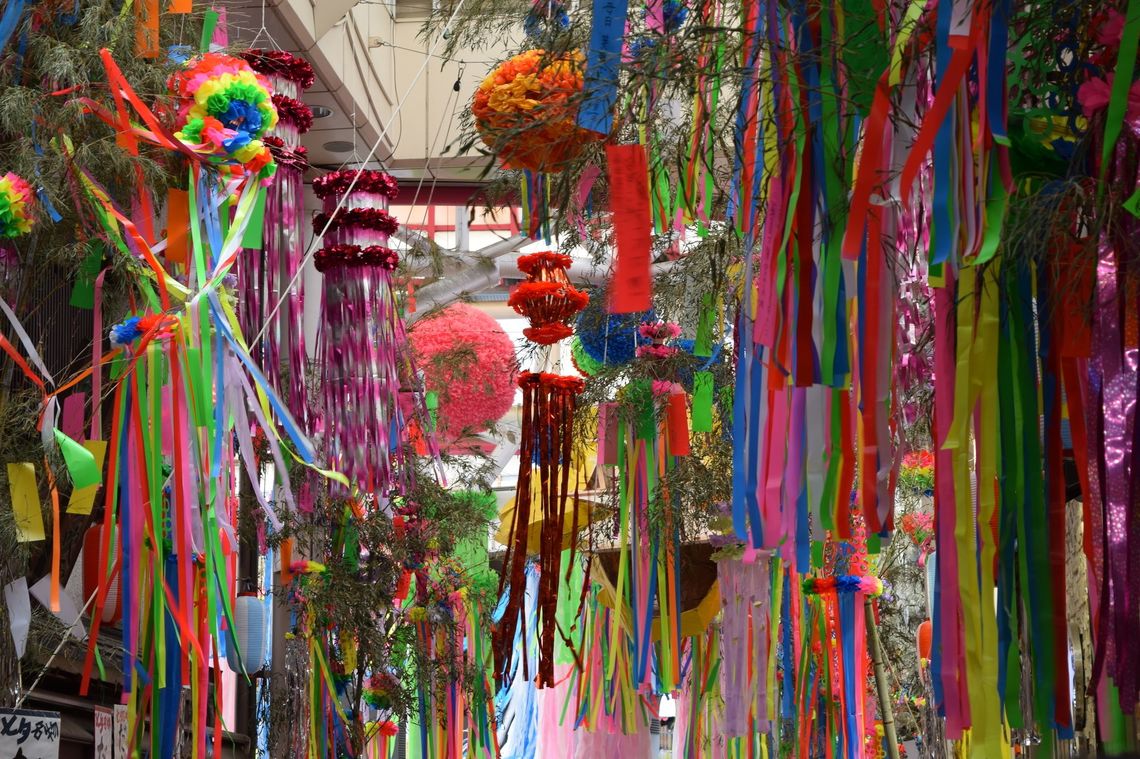 Every year, this festival is loved by both locals and visitors, made apparent by the crowds that line up the refreshment booths at the shopping district. As such, it is known as the‘number one Tanabata festival’ in Tokyo. Not only are the Tanabata decorations sure to impress, the papier-mâché decorations handmade by the locals are also a must-see. 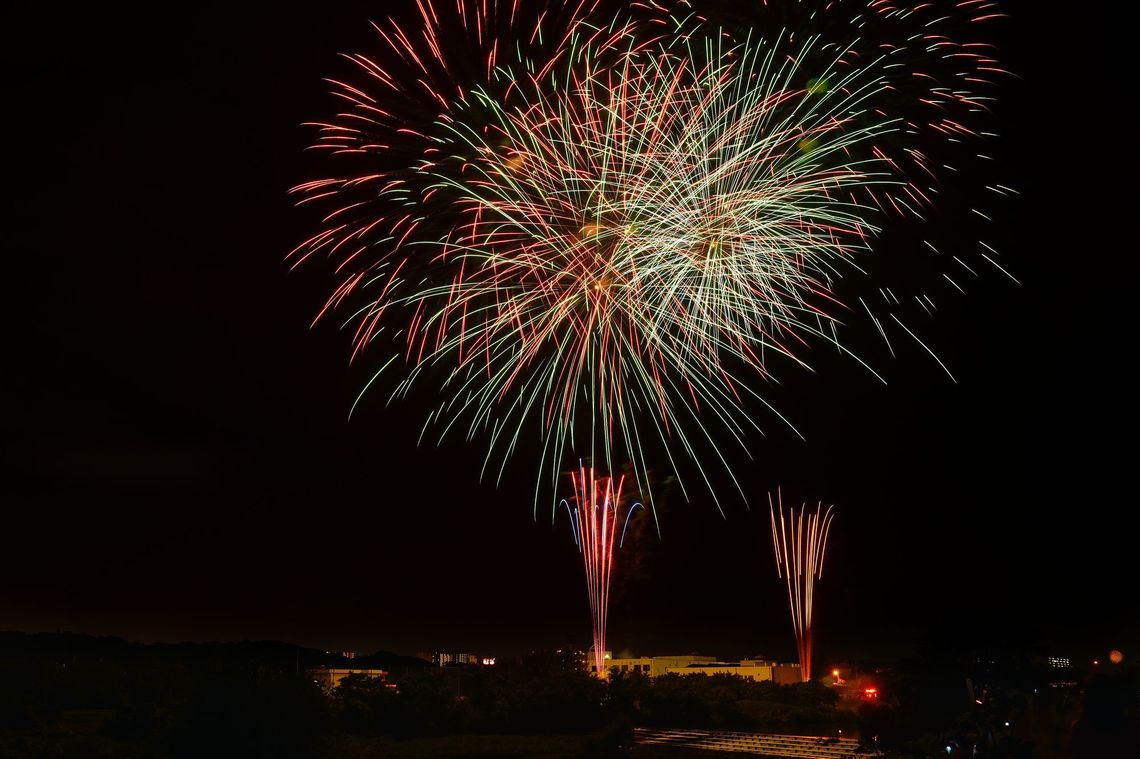 Considered on the the Top 3 major Tanabata festivals in the eastern Japan region, this is Sayama city’s biggest summer event. Local shops and residents offer colorful Tanabata decorations, and the Noryo Fireworks Show provide a memorable climax to the event. The massive fireworks bursting in the night sky combine with flashy Tanabata decorations to create a beautiful summer night’s performance. 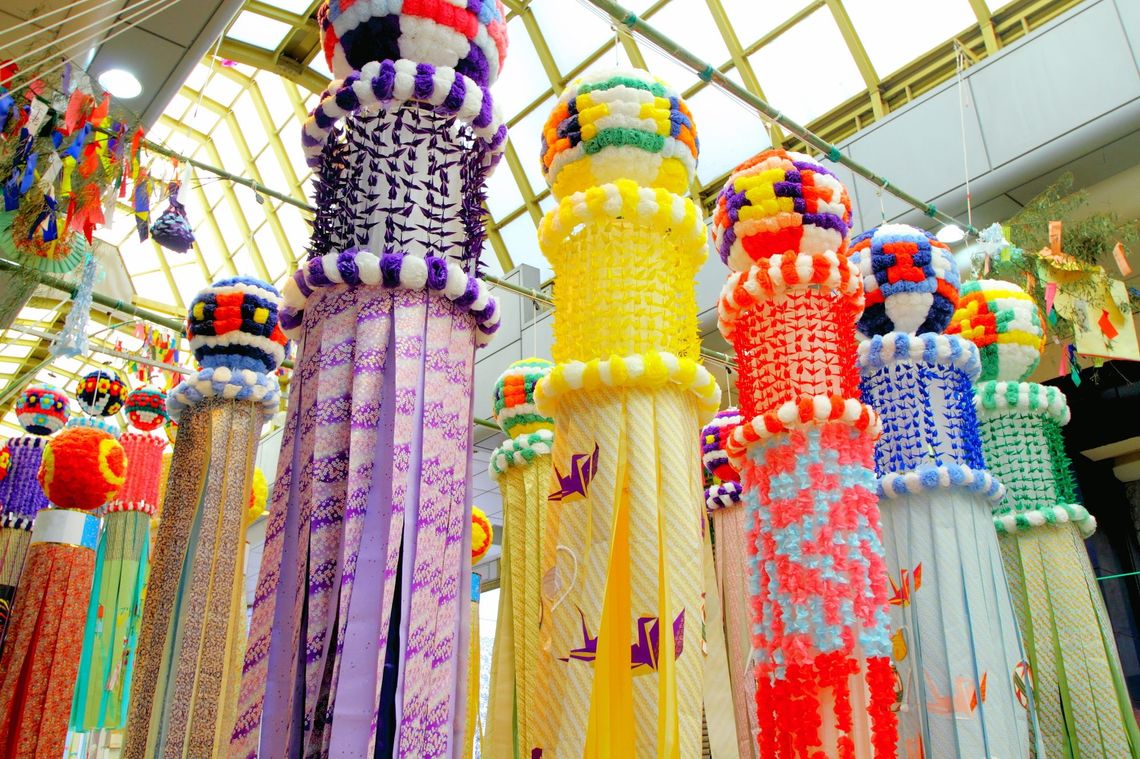 Counted among the Top 3 Tanabata festivals in all of Japan, this massive festival is visited by over 2 million people each year. During the festival, the entire city, starting with the central areas of Sendai and the surrounding shopping districts, will be decorated in eclectic hues of Tanabata bamboo decorations.