Karuizawa is a mountain resort town only an hour from Tokyo on the Nagano shinkansen bullet train. Karuizawa draws visitors year round with its skiing, golfing, hiking, good dining, hot spa, natural scenery, and shopping opportunities.

Karuizawa is nestled at the foot of mountains in the middle of Honshu, in Nagano prefecture. Karuizawa town is located near the active volcano, Mt. Asama.

For practical purposes, Karuizawa is divided into two: “Karuizawa”: the area around Karuizawa Station where the shinkansen arrives, and “Kyu-Karuizawa” (i.e. “Old Karuizawa”) just over an easily walkable kilometer north of Karuizawa. Kyu-Karuizawa is the more tourist oriented of the two Karuizawas, and is where you will find the Karuizawa Ginza shopping street.

Karuizawa in summer offers some highland respite at an elevation of around 1,000m from the heat of big cities, and in winter attracts people with its numerous relaxing natural hot spas (onsen).

The mountainous terrain of Karuizawa has also made the town a popular skiing resort, and the town earned an international reputation for winter sports with its hosting of the curling event in the 1998 Winter Olympics. In the warmer months, Karuizawa is equally popular for its many golf courses.

Karuizawa is often described as “upmarket.” While it is true that it contains many elegant vacation houses and some exclusive hotels, the atmosphere of this popular country town is relaxed and casual and without ostentation. Karuizawa shopping is a major draw card, with the popular Karuizawa Prince Shopping Plaza and more.

Karuizawa began life as one of the 69 stations on the Nakasendo, one of the two routes linking Kyoto and Tokyo in Edo era Japan. In fact, the 30km or so of Route 18 between Karuizawa and the town of Takasaki (home of the Daruma doll) to the east still follows the old Nakasendo.

The next big event that shaped modern Karuizawa was the “discovery” of the town in 1886 by the then Bishop of East Tokyo, Alexander Croft Shaw (1846-1902), who began coming here to seek respite from hot, muggy Tokyo summers in Karuizawa’s altitude (about 1,000 meters), and introduced other foreign residents to the town.

John Lennon spent time here with Yoko Ono in the 1970s and his image adorns the interior of his favorite French bakery where he came to buy his daily baguette. The present Emperor of Japan played tennis here with his wife in his youth and his father, the Showa Emperor Hirohito enjoyed horse-riding in his military uniform in the 1930’s. Politicians such as former Japanese Prime Ministers, Naoto Kan and Yukio Hatoyama have holiday homes here.

In 1964, Karuizawa entered the world stage when it hosted the equestrian event of the 1964 Olympic Games. Karuizawa became the only town in the world to host two Olympic events when it also hosted the curling event for the 1998 Winter Olympics.

The Shiraito Falls are a famous beauty spot in Karuizawa. Shiraito literally means “white threads”: a name shared by several waterfalls throughout Japan. The Shiraito Falls are impressive in their width (about 70 meters) rather than their height (about 3 meters), and form an extended, meandering curtain of water falling steadily into a pond surrounded by forest a tranquil scene of extraordinary beauty.

Nevertheless, the Shiraito Falls are not the child of raw nature. The straight, uniform drop of the water over the width of the falls was achieved by artificially carving out parts of the face of rock over which it falls. The pool into which the water falls was also formed by damming in the early twentieth century. This by no means detracts from the beauty of the falls, but requires viewing them as one would, say, a bonsai tree.

A Kusakaru Kotsu Co. Ltd. bus bound for Kita-Karuizawa, departing Karuizawa Shinkansen Station, will take you to the Shiraito Falls up a narrow winding road in about 25 minutes. The bus fare is 710 yen one-way for adults.
Google Map of Shiraito Falls Karuizawa

The Usui Pass (Usui Tohge) Lookout is a lookout point (miharashi-dai) in the form of a small park straddling Nagano and Gunma prefectures, traditionally known among foreign residents of Japan as “Sunset Point.” From here you get a spectacular overview of the craggy Southern Yatsugatake Volcanic Group, the Akaishi Mountains (or “Southern Alps”), and towering Mt. Asama. The lookout point is identified by a grand, old gate. Nearby is a bronze of the Bengali polymath, Rabindranath Tagore.

The Usui Pass Lookout is less than 2km from the main shopping street of Karuizawa that is known as Karuizawa Ginza. Go up Karuizawa Ginza, cross the Nitebashi Bridge, and keep going. A hiking trail is also available off the right of the road about 250m after the bridge. It takes about 1 hour and takes you over a couple of footbridges on the way.
Google Map of Usui Pass (Usui Tohge) Lookout Karuizawa

Kumoba (“Cloud Place”) Pond, is a tranquil pond in the west of Karuizawa set amid a larch forest, and that is said to be a favorite spot of the Emperor when he visits Karuizawa. Kumoba Pond is and is worth a visit if you are wandering around Karuizawa.

Kumoba Pond is named for its frequent fogginess, which lends it an eerie beauty, and is attractive in any weather. A path around the pond allows it to be circled, wandering through the adjoining wood, in less than half an hour.

The Karuizawa Wild Bird Sanctuary (Karuizawa Yacho no Mori) is the nature-lovers and bird-watcher’s paradise. About 100 hectares of forestland, including Japanese chestnut and larch trees, with about 3km of paths which visitors can freely wander through, observing the variegated flora and fauna.

Over eighty species of birds, many of them quite rare and sporting beautiful plumage, can be viewed at the Karuizawa Wild Bird Sanctuary throughout the year.

During its 64 years of operation, the Old Mikasa Hotel was a hub for the rich and famous. The hotel is now the property of Karuizawa and has been run as a tourist attraction since 1983.

The hotel is preserved in close to its original state and features the furniture and fittings of the early- to mid-twentieth century, as well as some memorabilia relevant to the Mikasa Hotel’s history.

Take a Kusakaru Kotsu Bus from Karuizawa Station bound for Kita Karuizawa and alight at Mikasa-Kaikan-mae bus stop. One minute’s walk from the bus stop.

Karuizawa Taliesen is a leisure and arts facility in a tranquil natural atmosphere on the outskirts of Karuizawa. Karuizawa Taliesen features both indoor and outdoor attractions, most notably its Lake Shiozawa, around which it is laid out, and two art museums each dedicated to a prominent French artist (the Peynet Museum) and a Japanese wildlife artist (The Kouko Fukuzawa Wildflower Art Gallery). Karuizawa Taliesen is also renowned for its collection of historically important architecture.

If anything reflects the sophistication of Karuizawa’s milieu, and the type of people who made this elegant alpine resort town the place that it is, it is the Sezon Museum of Modern Art, formerly of Tokyo, but moved to Karuizawa.

The Sezon Museum of Modern Art is a leading edge repository of artfully displayed works by luminaries of modern American, European and Japanese art, and boasts a huge number of enormously significant landmark pieces in the history of modern art.

St. Paul’s Catholic Church is a small, picturesque, rustic-style, wooden church just behind Kyu-Karuizawa’s main “Ginza” shopping street. St. Paul’s Catholic Church was built in 1935 and is one of several buildings in Japan designed by the renowned Czech architect, Antonin Raymond (1888-1976). Raymond had a great interest in Japan, was active here as well as in the United States, and is recognized by the Japanese as having introduced modern architecture to Japan.

St. Paul’s Catholic Church is open between 7am and 6pm (or until sunset during the winter months), and is can be entered (except if a service is in progress) for no charge.

The Basho Monument was erected in 1843 to commemorate the 150th anniversary of the death of Japan’s legendary haiku poet, Matsuo Basho. It bears one his haiku from his “Journal of Bleached Bone in Field,” (Nozarashi Kiko) the fruit of a journey through this area he made at the age of 41 and 42:
Seeing a traveler
even a horse
gazing out on a
morning of snow

Just across the road and a little up from the Basho Monument is a chapel and bust of the above mentioned “father of resort Karuizawa,” the then Arch-Deacon of South Tokyo, Alexander Croft Shaw. Shaw, a Scottish-Canadian missionary, built a vacation home in Karuizawa in 1886 and is credited with “discovering” the town as a retreat from the summer heat of Tokyo. Locals erected his bust in 1904.

The Forest of Muse is a park to the west of Karuizawa incorporating the Karuizawa Erz Toy Museum and the Karuizawa Picturebook Museum, as well as a garden, an archive on Western children’s literature, book, toy, and souvenir shops, and a cafe.

Karuizawa has two main shopping attractions: the traditional one of the Karuizawa Ginza in Kyu-Karuizawa, which is lined with cafes, restaurants, souvenir shops, food stalls, and more. Karuizawa Ginza is notable for the number of shops selling various fruit jams, a Karuizawa specialty and honey. Western-style cafes and restaurants in Karuizawa include a Turkish restaurant, German beer and sausage and some excellent French bakeries.
Google Map of Karuizawa Ginza

Karuizawa Prince Shopping Plaza has over two hundred stores, spread over a sprawling, beautifully landscaped area, offering the latest fashions in clothing, footwear, accessories and more for prices that can’t be matched in the big cities.

Karuizawa is an alpine resort at an elevation of at least 1,000 meters above sea level. Added to this is Karuizawa’s ease of accessibility thanks to the high-speed Nagano Shinkansen Line, making it an ideal, and very popular, place with skiers and snowboarders.

Karuizawa and environs is therefore very well served with skiing slopes for all levels of skiers and snowboarders, many of them in proximity to Karuizawa Station.
Read more about Karuizawa skiing

Some recommended places to stay in Karuizawa include the APA Karuizawa Ekimae Hotel, the Karuizawa Prince Hotel and the Chisun Inn Karuizawa.

The landscape of Karuizawa ranges from flat to incredibly rugged. The climate is mild and has no lack of precipitation. Combine this with Karuizawa’s popularity as a resort town, and you have the golfer’s paradise.

Karuizawa’s golf courses are famous throughout Japan for their beauty and variety.
Read more about Karuizawa golf 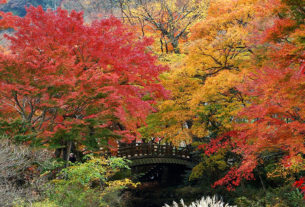